Notes from a Small Town (in Germany) 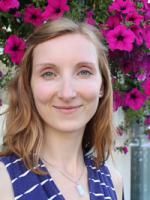 When I was young I believed that every town had its own piano factory; years later, as an adult living in London, I realised just how unique the August Förster factory actually is. A few yards along the road from my family home is the majestic Förster Villa and tucked alongside is the factory where pianos have been built for five generations.

Löbau is a town in the far eastern corner of Germany, eastwards from Dresden. With a population of only 15,000, it was for me a quiet place in which to grow up. Here, on the outskirts of the Upper Lusatian Mountains, life is dominated by large areas of unspoilt countryside, middle-class town houses and numerous small businesses. Indeed, in contrast to much of the rest of Europe, not much has changed here over the last hundred years.

Throughout the nineteenth and twentieth centuries the region’s economy was fuelled by various small but diverse industries. These included textile production and conditioning, sugar extraction, virgin stone processing, the building of industrial engines and also the production of pasta, dairy products, vinegar, carbon dioxide, beer and rubber. However, as music connoisseurs the world over will tell you, it is the August Förster piano company that really put our town on the map. 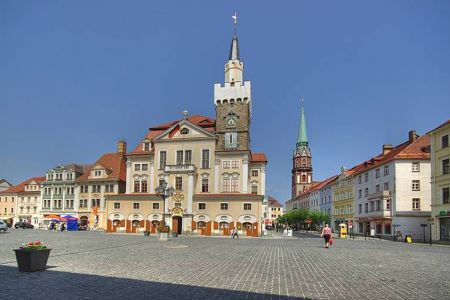 Löbau has cultural influences from Upper Lusatian, Sorbian and Silesian history which manifest themselves in rich traditions and handicrafts, particularly evident in the local linen weaving and in the pottery. Poets, musicians, painters and sculptors have also found their way to this quiet part of Germany, thriving on the scenery and the unusual cultural environment.

During socialistic times Löbau, being too far out of the picture to be effected by the political turmoil, remained quiet and continued as always in its time-honoured pattern of everyday life. But of course there were restrictions in travel, severe shortages of materials, difficulties in obtaining certain types of “western” products and a cumbersome policy of economic centralisation. All of these naturally had their effects on both the people and the businesses.

Reading the August Förster GmbH chronicles from this time is revealing and the struggles faced by the company from the early 1950s until the German reunion in 1990 seem endless. The enormously high inheritance taxes of the new GDR could only be paid by allowing the government to purchase shares in the company and during the last wave of government nationalization in 1972 the business was transformed into the state-owned VEB Flügel-und Pianobau Löbau [“Grand piano and Upright piano Factory Löbau”]. Nevertheless, even though the ruling ideology of the time tried to push the Förster name into the background, the character and brand name was sustained, largely due to its successful export business. Fortunately, the family was able to re-implement its name into the business in 1976.

Many of the workers in the Förster factory remember clearly the days of the GDR. They tell stories of a different lifestyle, surviving on little money and the lack of opportunities. Their dedication to music and to the building of high-quality traditional instruments kept them going. Personally, I am fascinated by the strong bonding within the August Förster workforce: many of the craftsmen have worked decades for the company and a number are piano specialists in the second or third generation. 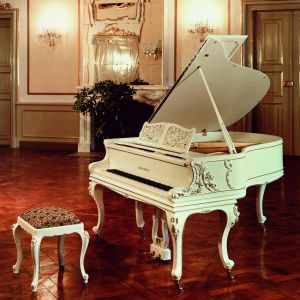 I was born and grew up in Löbau; I studied at the music school and sung with three of the town’s choirs. August Förster instruments were always my loyal companions at piano lessons, rehearsals and classical recitals, in Löbau they are ubiquitous. I do remember a rehearsal at the great hall of the music school: I sang “In einem kuehlen Grunde” (a rather sad old German folk song) accompanied by my singing teacher on one of the company’s beautiful grand pianos. The wonderful acoustic of the large room seemed to carry the warm and rich piano tone to every last corner of the room. What an uplifting feeling for a 13-year-old to perform there!

During my teenage years the Förster Villa was a cultural meeting point. The building, home to the Förster family, accommodated a fine recital hall and rooms on the ground floor which were used by an arts association. The place was therefore known as a warm and welcoming environment for sharing and self-expression through art, photography, poetry and, of course, music. I will always treasure the memories I have of my performances there. From our shop in London, Löbau might seem like a million miles away but through music my two worlds have been pulled together, bridging language and cultural barriers. 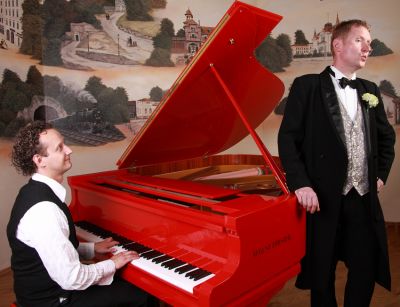 It is a great honour for me to be presenting August Förster’s unique instruments exclusively here in this multi-million metropolis of London. (My father, his accompanist Jōrgen Märez and a red August Förster grand piano!)