We have a staff of competent administrators and sales assistants, a full team of piano tuners, piano technicians, piano casework specialists and subcontracted piano removal companies, all headed by Dawn Elizabeth Howells. 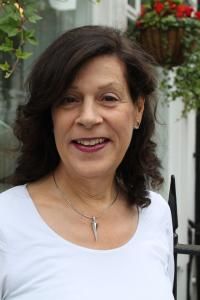 “I do not think that my essential beliefs have changed since I could first reach the piano keys.” Dawn learnt the piano from a young age and later worked as a pianist in Cologne Opera. Subsequently, her career as a piano recitalist - she studied with Yonty Solomon - extended to hundreds of performances both in Britain and abroad, and as a teacher of the piano her track record extended over thirty years. She ran Belsize Music Rooms for thirteen years before establishing Peregrine's Pianos in 2010. Dawn, who also practises as a business advisor to musicians, set up Peregrine's Pianos Trading Ltd (piano import and distribution) in August 2015. At home in Hatton Garden, she still spends hours playing classical masterworks for piano. 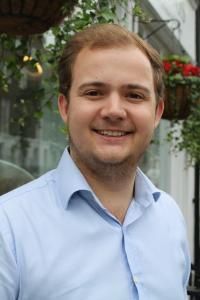 William grew up in a musical household and graduated from Bristol University in July 2017. He has since wasted no time in making his way on the professional music scene both as a singer and conductor; he is a young man with a sense of purpose and for over a year he has brought considerable musical energy to Peregrine’s Pianos. As a conductor, William has partaken in masterclasses with expert conductors Neil Ferris and Martyn Brabbins, and is Artistic Director of Oread Chamber Choir, a newly formed professional ensemble. William’s work as a consort singer has been with various ensembles including Genesis Sixteen, The Chamber Choir of London, The Rupa Ensemble, London Choral Sinfonia and Sansara. Recent solo work includes Peter Quint in Britten’s Turn of the Screw, Mozart’s Requiem, Schubert’s Mass in F and Carissimi’s Jepthe. 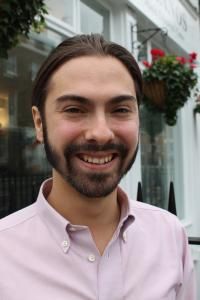 Daniel is a classically trained pianist who graduated from Oxford University in August 2019, and joined the Peregrine’s Pianos team in September. Initially more of a performer, Daniel now focuses on composition in a variety of different spheres. Having written for Sholto Kynoch and Ciara Hendrick at the Oxford Lieder Festival in 2016, Daniel continues to write scores for international films alongside his primary project, his 5-piece alt-pop band Still Pigeon. Formed in 2017, the band have performed at various festivals and are set to release their debut EP in late 2019.