The enormous success of Schimmel Pianos - the most highly awarded German piano – goes back to 1885 when Wilhelm Schimmel started production in Leipzig with a slogan “quality prevails.” Within his first ten years he had produced over 1000 instruments and later built his own state-of-the-art factory producing pianos, which earned him an international reputation.

With the difficult years of the 1930s, production was moved to Braunschweig and the present factory, built in the 1970s, has been producing more pianos than any other German manufacturer. In the 1980s, always looking to the future, Schimmel utilised the latest technologies to reassess both the design and manufacture of its pianos. 'Computer Aided Piano Engineering' led to numerous new realisations and their resultant new range of 'Konzert' pianos appeared in 2000.

The company have continued to evolve and, in its efforts to expand into the Chinese market, formed a new strategic alliance with Pearl River Piano Group which was announced in 2016.

"In April, Peregrine's Pianos of Grays Inn Road, London organised a trip to the Schimmel Piano Factory in Germany and I was very fortunate to be invited along by the proprietor Dawn Elizabeth Howells. German-made pianos are still the best in the world and Schimmel pianos represent the very best. The quality of tone and the sheer playability of their instruments make them an absolute delight for the beginning pianist and for the concert pianist" Music Teacher Magazine.

"Schimmel's concert grands are some of the finest in the world and the Konzert range is constantly being improved. (This was expertly demonstrated by Howells during an impromptu performance on a K280 at Schimmel's in-house recital hall.)" International Piano Magazine.

"What are the new ranges of traditional Schimmel pianos like? Classy looks, superb responses and a rich tone. Prepare to be dazzled." Pianist Magazine. 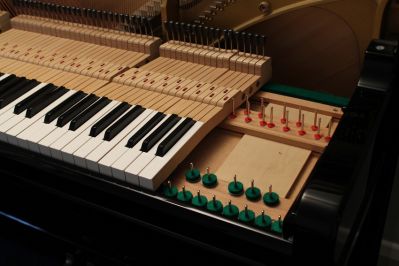 Peregrine's Pianos were represented at the Schimmel Pianos Worldwide Dealers' Meeting in April 2013 when two completely new product lines were introduced along with major changes to both the Konzert and Classic series instruments. Details of the meeting are at Schimmel Dealers' Meeting 2013 and the developments mean that Schimmel pianos now encompass entry level through to exceptionally fine professional instruments. We were again represented at the Worldwide Dealers' Meeting 2017 when the new Wilhelm Academy and the Fridolin instruments were introduced. More recently, at the International Schimmel Dealer Meeting in September 2019, Peregrine's Pianos were again present to learn about small changes in the Classical Upright piano range and the new TwinTone systems.

The 'Konzert Series' now represents one of the finest performance German instruments on the market. They are complemented by the 'Schimmel Classic', the ‘Wilhelm Schimmel’ and by the 'Fridolin Schimmel'. 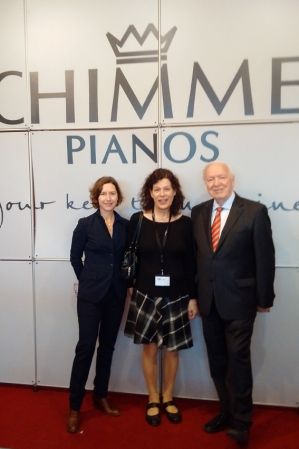 The Schimmel Konzert Series instruments, even more after the latest innovations, are now world class. The grand pianos are based on a unified design concept which means that even the smallest grand has the same action and key length as the largest; the illustration (below) shows all six instruments. The present sizes are 175cm, 195cm, 219cm, 230cm, 256cm and 280cm. The prices reflect the fine quality and high investment value and start at about £40,660 for the smallest instrument. The series also includes three upright pianos - 122cm, 125cm and 132cm - priced from about £16,380.

The K230 was one of the last Konzert Series grand pianos to be introduced - it was presented at the Frankfurt Internationale Musikmesse in March 2007 and won the prestigious "Choc de l'annee 2007" for instruments between 210cm and 240cm. We agree with the reviewer for "Pianiste" magazine who said "This new grand piano model has been a great success and the musical possibilities of this instrument make an immediate impression." The piano sets a new bench mark.

The following two videos were filmed on the Peregrine's Pianos visit to the factory in April 2016:

Fridolin Schimmel pianos were also new on the market in 2017; they are made in the Pearl River factory to Schimmel’s strict guidelines. At present, only upright pianos are available, in 116cm, 121cm and 123cm. Prices presently are not clear. 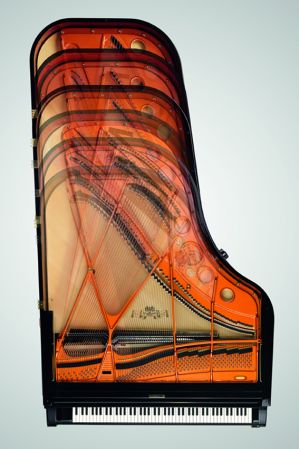 The Schimmel 'Twin Tone' is a silent system which is incorporated as the instrument is being built. At the touch of the middle pedal, the instrument is transformed into a silent, digital piano and the music can be heard through headphones or relayed via a MIDI output to other technical equipment. For full details see our silent pianos page.

For those contemplating the purchase of one of the larger grand pianos we can arrange a visit to the factory. Customers are offered a range of instruments from which they can make their selection.

Send us an email now and we will respond by the next working day with confirmation of availability, fully inclusive costs and expected delivery time. All the above prices include VAT at 20%.